Now that we are on the month of the “Pride” movement, I want to write about it from a deeper perspective. I’m not gonna dwell into the meaning of the word “Pride”, which to me is another form of control with its provoking connotation, like the “feminist” movement (why should we be “proud” of being gay and celebrate, but not proud of being straight? or why should I defend my right to be a woman but not defend a man’s right to be a man, from my female perspective?), anyway, this is old boring reasoning. Let’s focus.

We are living in times that only two or three decades ago were pure utopia (and still more to come!). Freedom of expression and abundance of information like never before, available to anyone and everyone at the click of a mouse. There’s so much choice and so many rights (and no time!). Anyone can do everything and anything and be in their own right to do so with no punishment or condemnation, which is fabulous, considering that so many righteous ones, visionaries, pioneers and truth seekers were burnt in the fires just because the system was against anyone portraying truth. We are living the dream, floating in oceans of information. Aren’t we? I love it, I really do. Thanks to the ‘new technologies’ (as the internet was called back in high school when they introduced it to us) I am able to write my thoughts here, on a blog that anyone in a remote corner of the world can read in a matter of seconds. This would be sorcery to a person living in the previous century.

If you are oriental or black or white, it doesn’t matter, everyone has the same rights and we go to court if anyone tries to insult our backgrounds, bully us or abuse us. But, as with everything, there is always a fine line. We people are terrible, and the more freedom we are given, the more we take it for granted and take advantage of these ‘rights’, use them and abuse them to our convenience even if that means stepping on our neighbour’s head. We all know about that, on more or less measure. So, really, all these ‘rights’ don’t mean much for the evolution of mankind, eventually our behaviours surface and we show our unforgiving nature. 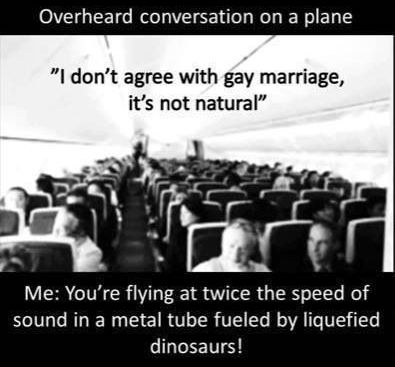 I will always remember one of the turning points when I realised how things were changing. Ten years ago, I was teaching a Songwriting workshop in a ‘community school’ (that’s how they call schools that have a majority of a minority, in this case they were all kids from black descent in a conflicting neighbourhood with drug addiction problems – how twisted, ironic, manipulated and exclusive is this? disguised in the form of ‘inclusive’, of course). Anyway, one 11 year old kid wrote the word “brother” spelled “brova” and I told him, from my teacher perspective, that it was written wrong, that when he sang it he could sing it “brova” if he wished, but not write it “brova” because that was not correct English. The inspector, who was there that day, told me off, and told me not to say anything of the likes ever again to a kid, because “they could feel excluded or disrespected out of their community”. I was shocked. I understood, from that point onwards, that my role as a teacher would never be that of a provider of knowledge or guide, but a mere acknowledger and encourager of whatever the student was bringing. This included allowing them to eat, talk on the phone and to do whatever they wanted to do while in the class. So I decided to quit my job in public teaching and I started teaching privately.

Like this case, I have a few others. All of them disappointing on humanity to the core. Disappointing because what I was taught to be the right thing to do for years, and what was common sense to me, was being thrown in the bin. What is the point of having knowledge if not to be shared, passed on with respect and learned? Surely not everyone will take it on board in the same way, but at least, give them the opportunity to wonder, to dig deeper into things, to marvel at how reality works, to plant a seed in their heads, to think for themselves knowing their past and their history, so that they can create a better future. But how will they create one if they act out of ignorance, with a shaky foundation? Today a colleague at work told me that he didn’t know what musical language is, he is 24. That killed me straight away. After this, words fail me (let’s run an opaque curtain on this and give me some lavender to smell before I faint🙄).

Things like this prompt me to say that the more freedom we are given (from ourselves to ourselves, really, it all comes down to that eventually), the less responsibility and identity we keep. Very few things are impressive or surprising and the real awes are reserved for committed, disciplined people, aka heroes (real ones). That is way the old ways will always win in this aspect: work on yourself from the inside out. And that’s why successful people are usually the ones that have gone through hardships and done it the hard, long way (I’m not talking superficially successful, but really successful, aka happy).

Going into the sexual area. So much choice. It has always existed, but now it’s ‘accepted’, which is awesome! as long as nobody is hurt in the process. Oh well. That’s always tricky🤷🏻‍♀️. When I grew up I never had any doubt of what I liked or who I was, sexually speaking. I am very straight, if you want to know. When the gay situation started to come to light I never questioned the legitimacy of it. It just was, like anything else. It’s just society putting labels on everything, like politics and wars and stuff. It’s the universal law of the opposites that rules this reality, so that it can exist. I always hated boxes, because coming from an infinite perspective, everything is possible and there are no boundaries. The sexual thing is something delicate, though, because it’s not just the sexual act or the attraction, or the social need to belong to a gender group. There are other things involved: emotions, love, lust… the exchange/sharing of souls, which is something much deeper. I must remember to write a separate article on this. I might need a whole book🤔🤓.

Freedom of choice. Freedom of information. Freedom of gender. Freedom of race and culture. Read again: Freedom, not Debauchery. I envision a future where there will be no labels, no boundaries… and, most importantly, there will be Wisdom to make the human soul grow towards eternal love.